I know there has been much discussion about this. I see another Liverpool Women game has been postponed. I can see us losing their income next season unless the pitch is fixed in the summer.
A

its going to get sorted at around £700k costs

That’s all the cup money gone - and a bit more!
Keep the Faith!

Perhaps Liverpool need to make a greater financial contribution to Rovers, given that excessive use of the pitch by their team has exacerbated the problems ?

Their women's team is also based at our Championship standard training facility, so they get plenty of value from their deal with Rovers.

Where has the figure of £700k come from?

Also, from the club statement I thought that a major overhaul was already planned for this Summer - and that was before we knew we had the cup money? If it had already been budgeted then the cup money would have been additional. Of course, the work necessary may need to be more than was planned but that hasn't been communicated, I don't think.
A

i work for some one who works high up at the club . they work with mark and nicky . also are greenkeepers work at the club to . so i know some of what there doing
K

its the second set of drains that have failed they are going to dig the whole lot out and putting new ones in but can,t do out about it till the summer going to take around 6 weeks to sort out thats it in a nut shell the pitch is fkd

aldoes mustache said:
in a nut shell the pitch is fkd
Click to expand...

Sums it up succinctly AM.
D

You reflect on the state of the pitch and then you read something like the attached. It really does bring home the huge inequality in the football pyramid these days. And these are just the training pitches! 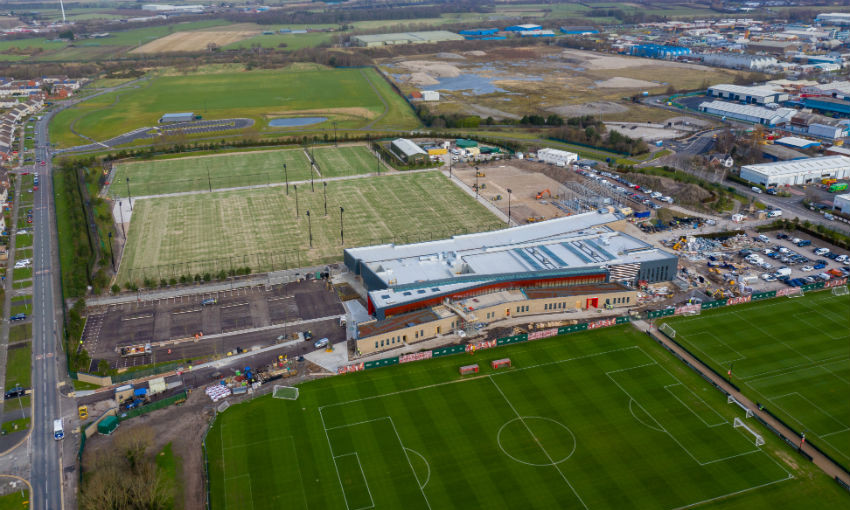 when you think we spent if you now include the proposed 3G pitch . we will have spent £3m or some thin like it . they are spending around £750m on there,s only a small difference
A

And even better the pitch is a Desso style pitch so should be better even if there is a lot of rain as it will cut up less.

I'd like to see what the new pitch looks like. I haven't seen any pictures from the club.
Keep the Faith!

It’s going to be like night and day with the new pitch although I think it’s currently growing so might take a few weeks until we see some nice photos coming from the club. The video they posted on Twitter is a good one.

all we need now is a team playing on it. oh god I'm missing the Kick off the footie

Wow, thats growing quick!
You must log in or register to reply here.