A chance for Rovers to redeem themselves after Saturday's debacle, against a Stevenage side third from bottom of the division who were battered 4-0 at Carlisle on Saturday. In theory, this is a perfect opportunity for us to rebuild confidence and get back on track.

I would start Nelson ahead of Monthe and I think Woolery deserves to keep his place, but I have no idea what the rest of the starting eleven will look like, or what the tactics will be. Perhaps this game is a good opportunity for CBT to play himself back into form. It seems that Vaughan will miss out again and could be facing at least two weeks on the sidelines.

Despite our recent travails, I am looking forward to being back under the lights at Prenton Park.
S

Monthe must surely be dropped. Awful on Saturday and fairly poor v Walsall too. We have competition in that area so Sid must be given a chance. Agree that if fit then CBT must start and as RLC says it will be interesting what other changes are made. Not just personnel but also system. Do we go back to the diamond or a more traditional 4–4-2?
S

I guess without a recognised out and out striker then he won’t go with 2 up front and may go with a 4-3-3 system.

without wishing to be over dramatic, if say we lost on Tuesday then I think there would be early rumblings of criticism for the decision to appoint Hill. I’m not one of them but plenty were not happy when he got the job and 3 league defeats on the bounce would not go down well at all.

but surely that won’t happen at home to a poor Stevenage who must have confidence at rock bottom (altho they may say that about us....)

This really is a game we need to win and also a convincing performance would be a welcome boost.
This will be a big test for Hill to see what he can do and what changes he will make.

Stevenage in a considerably worse situation than Rovers, 23rd in the league, rookie manager struggling, think they only managed 1 goal attempt in their 4-0 hammering at Carlisle. You'd like to think that notwithstanding our woeful Exeter showing, we'd have enough to see off Stevenage, but with our most prolific scorer ruled out, a 0-0 or defeat to some freak or dubious goal can't be entirely ruled out.

Team selection is hard to call. If we included the first year pros, it would be possible to start with a totally different xi that took to the field at St James' Park. I don't think for a moment that will happen, but not entirely sure what way KH will approach it. On Saturday the consensus on here was that Manny was the worst player on the park, yet Keith made 4 half-time subs but left Monthe on. Was that because it was felt it would be too disruptive to shuffle the central defensive pairing, or did the manager have a different perception of his performance to the watching fans?

My view is that given the current frailties of the opponent and the difficult trip to Horwich coming up at the weekend, we can take some calculated risk for defensive players, but need to send out the strongest attacking line-up we have, though what that is may cause some debate. In defence, I wouldn't be adverse to resting Clarke and a central pairing of Ridehalgh and Nelson. Up front, I'd start Ferrier and Woolery either as a pair or part of an attacking trio and can see the attraction of giving Corey a place.

I've got no confidence at all in this match. The players seem to be going through another rough patch for whatever reason and all it takes is the opposition to work hard, grind out a result and we haven't got the bottle for the fight. I'm saying a draw at best.
C

This is a real acid test. In the last 2 games the opposition have looked like they will score whenever they attack, and our defence has been slow, static and lacking leadership. Whilst we conceded 8, it really should have been double figures.

Stevenage will be very aware of this and will surely think that we are there for the taking. SO, this is where a Manager earns his paycheck, by picking a team off the floor and sorting out the issues that have been so apparent in the last games.

Manny has to be dropped. He leaves us so exposed with his poor distribution on many occasions. I would play Sid alongside Clarke, as Sid will at least give 100% and put his body on the line, and will benefit from Clarke being next to him to talk him through the game. I would keep the full backs as they are.

We have a lot of options in midfield and I would start with Spearing, Lloyd, Khan and Morris, with CBT and Woolery up top.

Most teams this season have proved to be fit and well disciplined in their shape, and whilst we have had a lot of possession in some games recently, we have struggled to pick the lock and draw teams out. It will be hard without Vaughan as he is a top striker and offers a lot to the team, not just the goals.

I am going for an optimistic 2-0 with CBT and Khan with the goals.

I'm going for a comfortable home win. We should have too much quality for them. The very least that we should be offering is 100% commitment and a "we're all in this together mentality", just like in any team sport. I'm trusting that this group of professionals can get that right for tomorrow. If there isn't a reaction then something is wrong.
K

monthe to me hasn,t been the same since the Portsmouth transfer rumours and its not as if we don't have any other cover, can,t comment on team selection as I've not seen any games just want them to be grown up and realise they play for rovers and not themselves
A

keep the faith said:
monthe to me hasn,t been the same since the Portsmouth transfer rumours and its not as if we don't have any other cover, can,t comment on team selection as I've not seen any games just want them to be grown up and realise they play for rovers and not themselves
Click to expand...

This game may well tell us a lot about the squad and the manager.

I'm going for a win 2 0 but not that confident about it.

Mate of mine reckons game is off, not seen anything official yet

There's more going on than just Monthe though. Yes, he had a stinker but so did they all. He's also had some excellent games too. It seems easy to point fingers at certain players, Davies another target, but we must look at the bigger picture.

I found it interesting talking to a die hard supporter today who really has it in for KH. Sadly, the Bolton connection was mentioned but there was no real reason to dislike him or give a reason for disliking him. Seems like he has a mountain to climb in this job.

bigmart said:
Mate of mine reckons game is off, not seen anything official yet
Click to expand...

From the reports of Saturday's match perhaps the whole squad were carrying covid ...

bigmart said:
Mate of mine reckons game is off, not seen anything official yet
Click to expand... 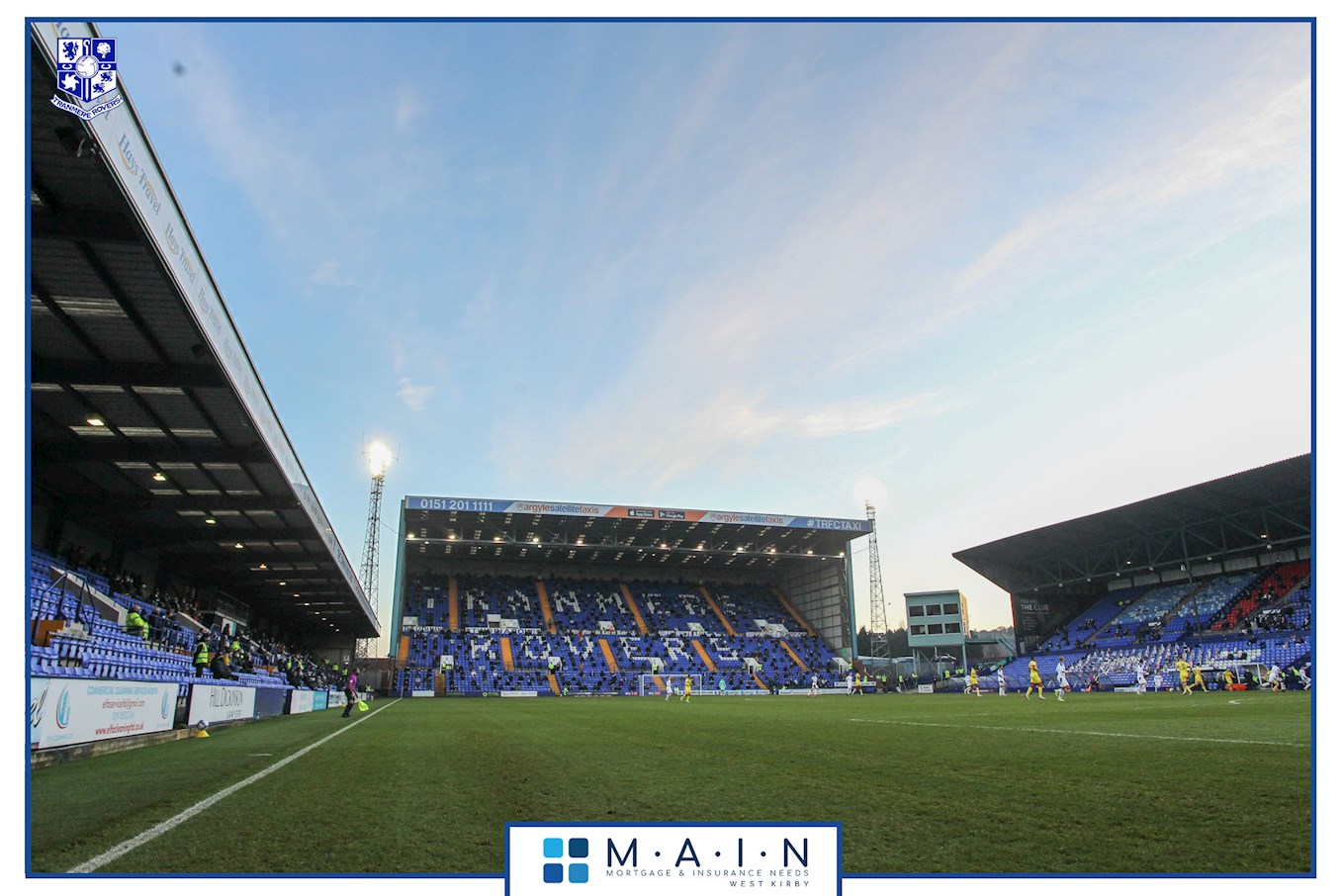 Stevenage’s next two Sky Bet League Two fixtures against Tranmere Rovers on Tuesday 15 December and Exeter City on Saturday 19 December have been suspended.

Yup - EFL confirmed game is off
A

Ian said:
I found it interesting talking to a die hard supporter today who really has it in for KH. Sadly, the Bolton connection was mentioned but there was no real reason to dislike him or give a reason for disliking him. Seems like he has a mountain to climb in this job.
Click to expand...

Well he better climb it quickly as he will be gone at season end surely if we don't go up.

So our next game will be Bolton, win that & the fans will be more onside lose it then the reaction be grim