Has there been any explanation for Wilson's absence yesterday? With his ban over was surprised he didn't make the bench yesterday, particularly if we want to extend his loan spell. Defensively, we need to stop conceding soft goals from set pieces, but the problems seem more acute further up the field. Ferrier looks good, but is very injury prone, while we don't seem to be creating very much.

I think the absence of a defensive midfielder was an issue at times yesterday. I can only presume Wilson was injured; the interviewers did not ask Mellon why he did not feature.

bigmart said:
MP has said 20% of the investment has gone to the playing budget, as the investment was £2.5 million then it will be £500k and I would think some of the cup monies will be added too
Click to expand...

I think that 500k covers spending in future seasons though, not just January.

Rockfords Love Child said:
I think the absence of a defensive midfielder was an issue at times yesterday.
Click to expand...

Interesting, what things from yesterday point to that being a problem? It's hard to tell from reports and brief highlights, but it didn't sound like we were totally swamped, even when a man short.

Boz said:
Interesting, what things from yesterday point to that being a problem? It's hard to tell from reports and brief highlights, but it didn't sound like we were totally swamped, even when a man short.
Click to expand...

We were not, but there were occasions when a Lincoln midfielder picked up the ball and was able to turn and run twenty or thirty yards unopposed to the back four. I don't think the midfield duo of Perkins and Danns have got the legs these days to get up and down the pitch and track players as they need to.

It was not a major issue yesterday, but it is something that could cost us against better teams when we play 442 (cf. Sunderland away).
S

Micky will always be a hero for 3 Wembley trips in 3 years but as I’ve said before, his inability to deal with disciplinary issues was evident at Shrewsbury too 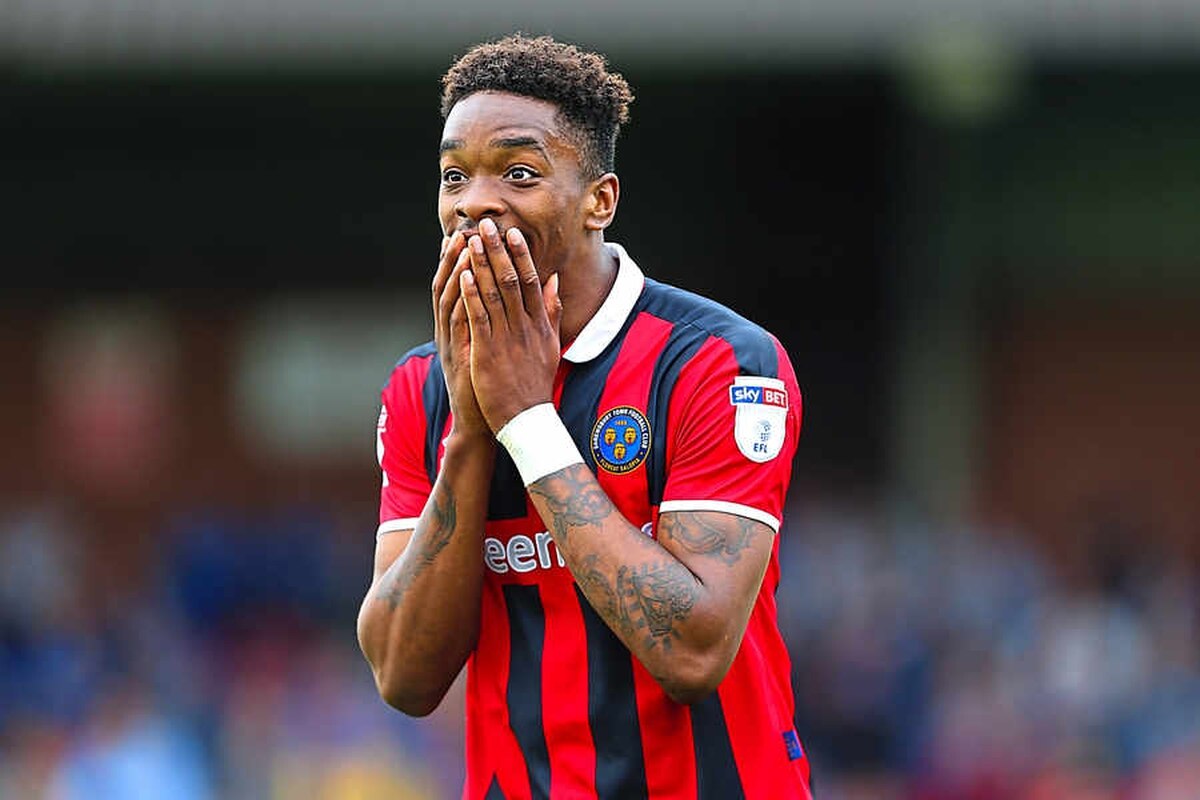 Shrewsbury Town boss Micky Mellon has defended his side's record despite Salop having the division's worst disciplinary statistics this season.

if LINCOLN are poor . we are screwed we cant beat teams around us . be are going to go down if things don,t change . i can see quite a few leaving and coming in jan . but for gods sake lets get it right

Sparky said:
Micky will always be a hero for 3 Wembley trips in 3 years but as I’ve said before, his inability to deal with disciplinary issues was evident at Shrewsbury too

Shrewsbury Town boss Micky Mellon has defended his side's record despite Salop having the division's worst disciplinary statistics this season.

Seriously, it is an issue for Rovers. I don't know what the problem is. Too many youngsters getting wound up by experienced pros? Old legs mistiming tackles? A struggling team desperate for points trying too hard? Jobsworth referees? Maybe a bit of all four. However, although we are biased, none of us have even hinted that Rovers are a dirty or even a physical team. We all know there are some very cynical teams around but Rovers are not one of them.
Keep the Faith!

I really don't think disciple has all that much to do with the manager. You can tell them till you are blue in the face but it is the individual on the pitch that makes that split second challenge or silly foul. Like BBTC says above, we are not a dirty team. I think possibly a mix of naivety, youthfulness, frustration and of course the referee has a big part to play with Sat being my case in point. There was nothing reckless or physical from CBT but possible naivety in giving the referee something to think about.
D

As has been said you can tell players until you are blue in the face. I would not describe Steven Gerrard as a soft Manager and yet Morelos gets sent off every other week! Players have to take responsibility and if a young player is on a yellow the captain needs to ‘give him guidance’!
On an unrelated point I see that Chelsea have been in a spat about the Prenton Park pitch where the women’s games are held. Chelsea were moaning about the pitch and Liverpool told them it was fine and that they should stop whinging!

Of the 6 reds shown to Rovers players, 2 were to younger players for grabbing opponents, one for a wild challenge and 3 for pairs of yellow cards. 2 of the latter were harsh, Corey’s on Saturday and the one to Connor Jennings, who appeared to be fouled initially. 4 of the 5 games we played a man or two down, we lost. While it’s right that the manager doesn’t have much control over what goes on during the game, stupid cards picked up need sanctioning be it fines, extra training or something else. My impression has been that Rovers haven’t been that dirty a side, indeed don’t think any of our opponents I’ve seen have been either. However, it’s down to fine margins in our battle to stay up and every effort must be made to keep the full compliment of players on the park.
You must log in or register to reply here.
Menu
Log in
Register
Top